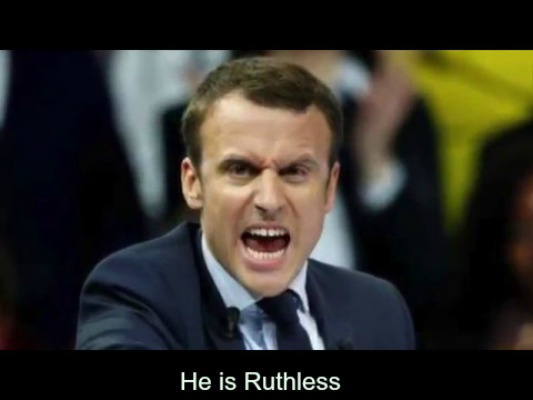 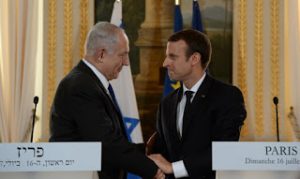 Here is the news story….French President Emmanuel Macron this week sent a special envoy for talks in Jerusalem and Ramallah about the Israeli-Palestinian peace process, Channel 10 reported.

According to the report, the emissary was the deputy national security adviser to the French administration, Orléan la-Chevalier, who is considered one of Macron’s top confidantes.

He met in Jerusalem with Deputy National Security Advisor Eitan Ben-David and in Ramallah with a senior PA official, Saeb Erekat.

According to estimates, the main reason for the arrival of the French official is the November 11 leaders’ summit in Paris, in which Prime Minister Netanyahu, Palestinian Authority Chairman Mahmoud Abbas and United States President Donald Trump are to participate.

It was also reported that Macron is interested in examining how the Israeli-Palestinian issue can be integrated into the summit – whether by having it mentioned in its concluding statement or by other means.

In addition, Israel believes that Macron intends to try to present his own peace plan in parallel to that of the US, or to present his plan in the event of the failure of the US plan.

My Thoughts… Every bible believing Christian should know that there will NEVER be peace in the Middle East until Jesus arrives again.  What we are seeing here is the beginning relationship between Israel ( Netanyahu ) and Macron.
When the 7 year peace deal is signed, IMO, there will be no Palestinians, Hamas, Fatah, or anyone else to oppose the 7 year deal. Don’t forget about psalm 83.
Israel will now turn to their NEW FRIEND,  Macron! Israel will gladly sign. They will be promised the WORLD by Macron.
Shortly after that… Russia will think an Evil thought. And we know how that turns out.