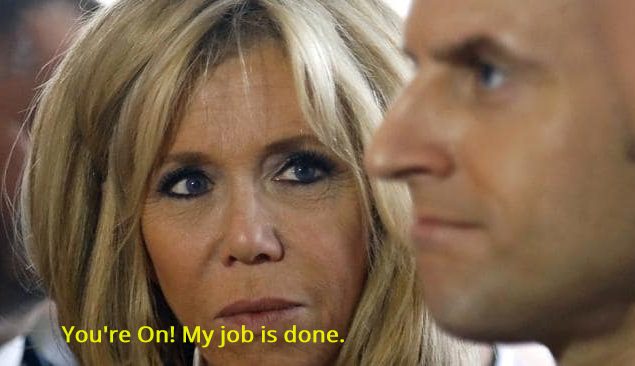 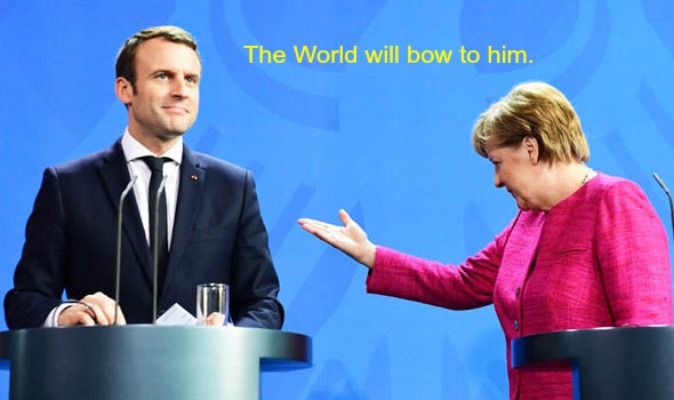 Angela Merkel and Emmanuel Macron met in Berlin Sunday to discuss defense, the eurozone and more, pledging to continue Franco-German collaboration on strengthening the “foundation” of Europe. Macron spoke of a “Franco-German responsibility in preparing for the future and the re-founding of Europe.”

“This responsibility means building something, building a truly sovereign Europe and building a strong European Union on this sovereignty,” the French president said alongside Merkel at a press conference before a private meeting.”

My Commentary:  So, lets backtrack here for a moment and see where we are. ok?  This above article says that Macron and Merkel will discuss the future of Europe. Well, forgive me, but, I thought Merkel will resign her position as Germany’s leader in 2021? Where did I hear that?  Maybe here? So, that would leave only Macron as the top dog in Europe.

From my research, Macron will form his new European military. Macron will form his own economy. ( France and Germany are set to propose at Monday’s meeting an outline of a eurozone budget, which governments within the single currency bloc can tap into but only if they “comply” with strict rules on economic policy coordination, according to a two-page document obtained by POLITICO.)

Macron will be in charge of the World Court’s plan to run the World’s global environmental issues.

And Macron will work with the Pope on this new global environmental program. That’s about as close to any form of religion or god that Macron will find himself involved.  A very weak leg of the Empire if you ask me. (Pun intended).

And we all know that Macron is ready to offer Israel and the world his Middle East Peace Plan.

AM I MISSING ANYTHING? HOW CAN ANYONE
CONSIDER ANYONE ELSE FOR ROLE OF ANTI-CHRIST?