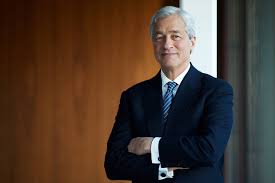 Dimon said Tuesday in Davos that he attended a dinner this week hosted by Macron. (The French president canceled his Davos trip to deal with violent protests at home.) The bank executive clearly came away impressed.

The right policy, the right methods. He can communicate it well. It’s analytical, It’s factual, He wants business to help. He wants to lift up the people with lower incomes, he wants more income equality, he wants more women back to work. He wants the kids educated.”
He continued: “Th guy is unbelievable. And he’s the hope of Europe.”