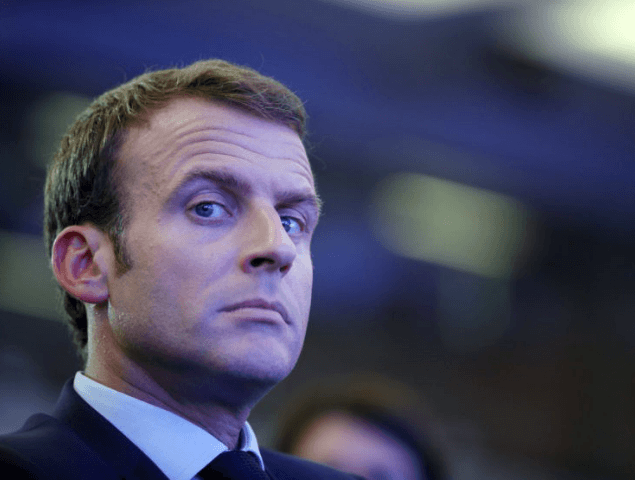 Just some personal thoughts. It appears that there are two peace plans in the making. The one by Jared Kushner, senior adviser to U.S. President Donald Trump, and the other by our boy Emmanuel Macron.

Remember?  “If US President Donald Trump does not present his Israeli-Palestinian peace plan next month, France’s President Emmanuel Macron will issue a proposal of his own…”

What happened almost moments after Macron made that declaration?

Is it possible that God put a major stumbling block in front of our guy Macron in a manner of civil unrest in Paris? Sort of a “Pillar of Fire” that will give Israel & God the time they will need to fulfill Bible Prophecy. It appears that Macron has taken a back seat in day to day activities in France. He is practically invisible.
And so is his “Peace Plan”.

BTW, this reminds me of why the Apostle Paul had to take a two year hiatus from the Jerusalem scene immediately after he was born again. Could you image an SS soldier knocking on your door in Germany in 1939? The Apostle Paul, even though a new believer in Christ, was toxic. He had to be taken far away as to let the memory of his vicious “kill the Christian” campaign slowly dissipate. No one was going to accept Saul into their circle of friends. Would you?

Anyway, back to Macron. Apparently, it was not God’s timing for Macron to issue his own proposal. And apparently, it was so important that he not even consider it, that to say that he was busy would be an understatement. His political life was in jeopardy.

Macron’s proposal must be after Trump’s proposal in order for him to “Confirm.”
The Paris riots put a strong roadblock to Macron’s quick plan to upstage Trump and be first to introduce “A Peace Plan”.

So, it is important for all bible believers to remember the word, ” Confirm” in Daniel 9:27. I don’t think we know exactly what the word entails but, we have a pretty good idea that it will involve a “prior” peace covenant proposal. Perhaps Pres. Trumps proposal.

Another thing that I always keep in mind is the Psalm 83 invasion. IMO, it’s not going to matter in the short or long term the terms of the Trump agreement. According to scripture, the way I see it, there will be no Palestine or Hamas or Fatah or anyone else to make an agreement with. They will be defeated in a local war with Israel.

If the Trump peace plan is implemented shortly after the soon Israeli election and the psalm 83 war takes place then perhaps a more robust world peace plan will be needed ” with many”; then hence the Macron plan would codify and confirm what Trump has offered earlier.

*the pillar of fire actually turned from fire to a cloud when facing the Egyptians.

One comment on “Absolute proof that Macron is the Anti-Christ…”