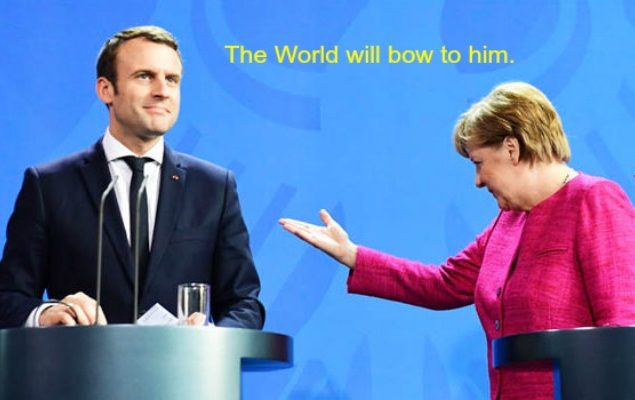 It is quite the most extraordinary interference seen in European politics since repeatedly between 1945 and 1951, Winston Churchill  told continental Europeans to unite and prevent forever more world wars through what he called a “European Union”.

Clement Attlee’s post-war Labour government rejected Churchill’s appeal and treated with scorn the idea of cooperating economically by placing steel and coal industries under joint European control with guarantees that coal and steelworkers would have a central role in how their industries would be run.

Now France’s president, Emmanuel Macron has made an unprecedented move by sending an open letter to most EU citizens via newspapers in all EU member states calling for the establishment of a “European renaissance”.

Click on link above for more of the story.

One comment on “Macron is still calling the shots.”