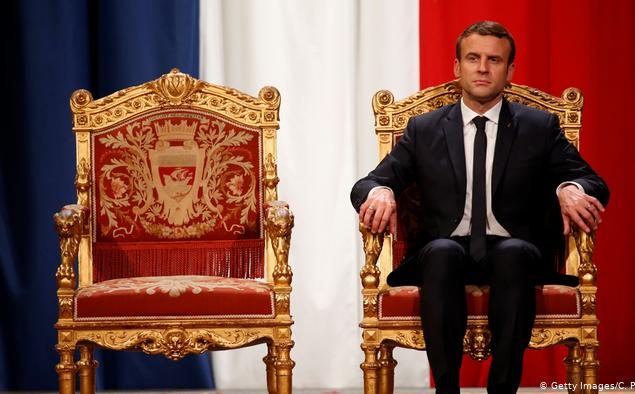 Pope Francis said that a “special authority legally and concordantly constituted” was necessary to facilitate the implementation of new climate change policies.

He went on to demand that power be transferred from nation states to “intergovernmental institutions that manage their common interests.”

NAIROBI, Kenya (AP) — France’s president and others made passionate calls on Thursday to speed up the fight against climate change, telling a United Nations environmental summit that impatience is growing among those who will inherit the battle.

“Our youth tell us, ‘You are not moving fast enough.’ They have reason to be impatient because we’ve acted too slowly,” French President Emmanuel Macron said. “The best response to climate change is not words, but actions.”

Macron, who opened the One Planet Summit on the sidelines of the United Nations Environmental Assembly, said green energy is the way forward. He said the world should follow the example of Kenya, which now gets 75 percent of its power from renewable resources.

You can read about the relationship between the False Prophet and the AntiChrist here. Special thanks to Pastor David Jeremiah. https://davidjeremiah.blog/the-false-prophet-in-the-book-of-revelation/