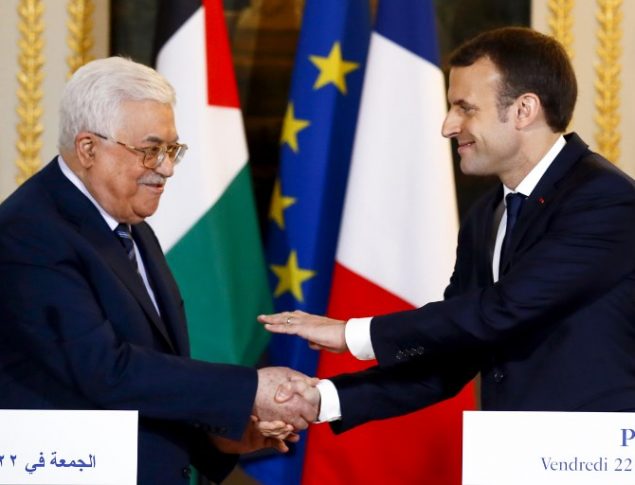 Ashrawi “called on France and other EU member states to take the lead in defending the prospects of peace and the standing of international law by recognizing Palestine,” said the PA news agency.

Could we possible be getting a small glimpse into the Macron Peace Plan?

Personally, IMHO, I don’t think the AntiChrist will need to be concerned about the Muslim situation in the Middle East. According to Ezek. 38 there won’t be much of a Muslim situation left.

But, for now, the above article is hinting that France and Macron could take a proactive and UNIQUE look at the Palestinian problem.

Who knows, but, since it may involve France and Macron it may be worthwhile to keep an eye on. I will…