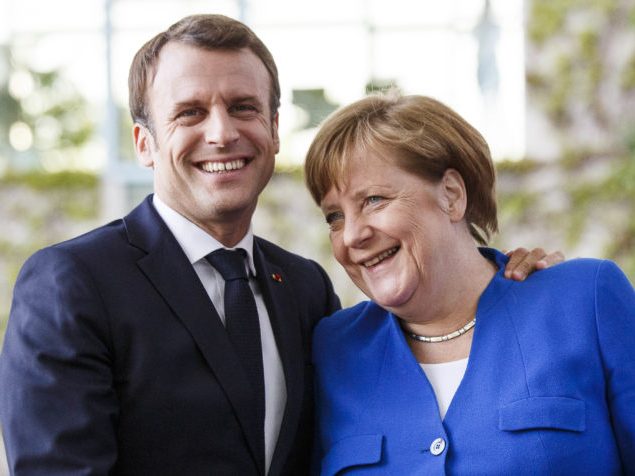 Yea sure…. It’s probably what he told François Hollande right before he stabbed him in the back.
Macron is RUTHLESS. He has no intention of giving up any of his potential power. Macron has gotten everything he has wanted.

Let’s watch the Anti Christ in action as he destroys Merkel. https://www.politico.eu/article/macron-would-support-merkel-for-commission-president/

BTW, looks like Macron is ready to destroy Le Pen.
France’s Le Pen to go on trial for tweeting gruesome IS images

One comment on “Macron ‘would support’ Merkel for Commission president.”