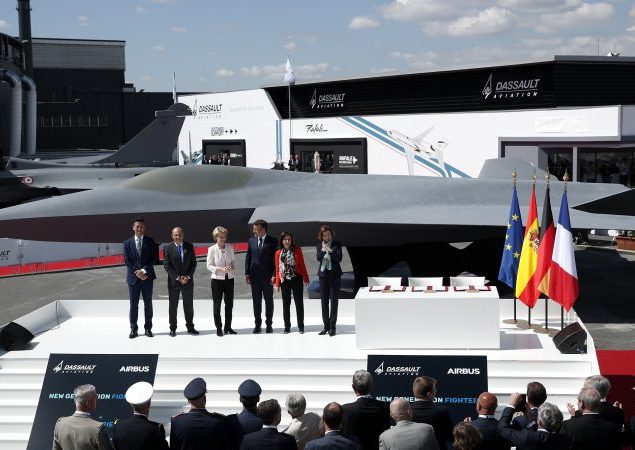 In the presence of French President Emmanuel Macron, on the sidelines of the world’s largest air show, defence ministers of the three countries signed the agreement launching a trilateral framework of cooperation to design a next-generation fighter jet.

The reason this is interesting is because of Emmanuel Macron. The above story is the EU’s cooperative future defense pact called “PESCO”.

THIS IS NOT WHAT EMMANUEL MACRON wants for Europe. Do you remember this?

Who’s willing to bet on Macron with me? By the time this is all settled and Macron gets his way, we will be OUT-OF-HERE.