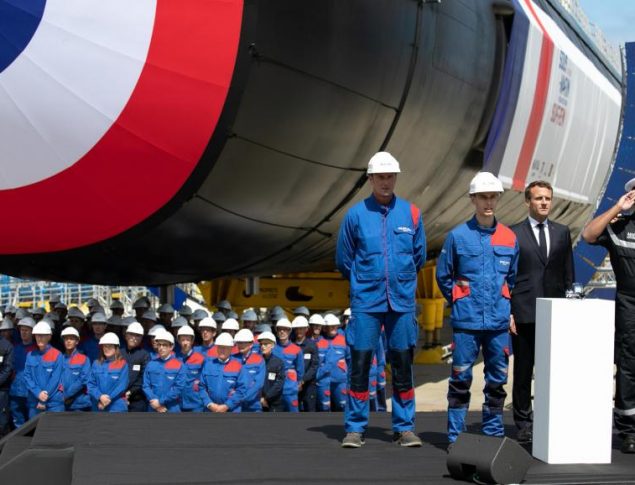 President Emmanuel Macron has launched the first of France’s new fleet of nuclear-powered submarines in the northern city of Cherbourg. The “Suffren” is the leading Barracuda attack-class vessel, and expected to cement France’s spot as a leader in naval defence.

The submarine is the first of six ordered by the French government to be built by French shipbuilder, Naval Group, as part of France’s 9 billion euro stealth vessel programme.

Naval group also recently signed a contract to build 12 of the same submarines for Australia, in a deal worth around 31 billion euros.

Weighing a whopping 5,000 tonnes, the new Suffren is to be taken for sea trials in 2020. The rest of the Barracuda class is to be unveiled over the next decade and expected to be in service in the French navy until at least 2060.