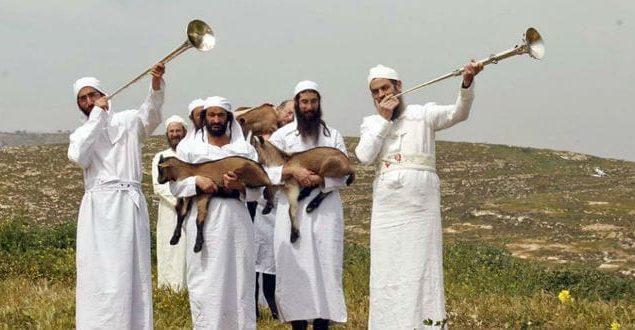 Below, IMO, is a very interesting article. As I wrote a few weeks or a month ago, I heard the Lord tell me that the “next unified government in Israel will be the Sanhedrin. And BTW, I am not going to backtrack on how I know that sounds. I feel the same way that you do when someone says what I just said.

The only difference is that my discernment record so far is 100%. And this prediction will also materialize.

So, I felt that for this to come true, there would be the psalm 83 war very soon, maybe around the middle of Sept. The victory of course by Israel. And then somehow the election of the Sanhedrin.

I would like for this to be on record here on my website before any of this happens. When the Lord tells me something it always comes true.

Interestingly, and I must say that I do not believe in any extra biblical sources, the story below is pretty close to what I believe will happen.

The rabbi made a prediction about the future of Israeli politics.

“The ‘gate’ will fall a third time,” Rabbi Fish said. “This will happen when the second round of elections fail. Again, there will be no coalition. The root source of this political failure is the same as the erev rav (mixed multitude) in the Exodus whose methodology was to vie for the leadership of Israel by sowing discontent.”

Rabbi Fish’s prediction that elections will fail to create a new Israeli government is consistent with a 40-year-old prophecy that was recently revealed in Breaking Israel News. Rabbi Kaduri, the most prominent Kabbalist of this generation, was asked when the Moshiach (Messiah) would arrive and whether there were signs the would precede his arrival. The rabbi answered, ‘When there will be elections but there will not be a government’.”