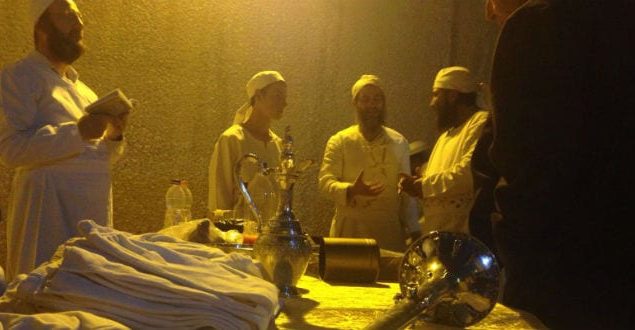 OK, I’ve been away for awhile. I must admit that I was, and am, one of those saints who gets depressed and disappointed when the rapture doesn’t happen at the Feast of Trumpets. And IMO, this year would have been a great time. But, I reckon that God knows what He is talking about when He says that no one knows the day or the hour. I might as well get used to it…

Now, since I am back, I will get back to my old ways. Which means, looking again at signs of His return. I’m not that worried about Emmanuel Macron as to whether or not he is the AntiChrist . IMO, that is a no brainer.

I want to discuss the Sanhedrin.

Look at this paragraph from the above article. I’m going to take some liberty with the words. You’ll see what I’m doing.

After much deliberation, the Sanhedrin has issued a declaration calling on Iran to cast off the false-mantle of ‘Iran’ and return to their Biblically-correct identity as the Persian Empire. If they do not, another, possibly President Trump, (or Emmanuel Macron) will take the role of the “anointed king” designated to lead the effort to build the Temple and unite the nations.

Now, If I heard anyone else say what I am about to say I would definitely roll my eyes and say, “Oh Really?”

Months ago, I reported that I clearly heard the Lord tell me that the Sanhedrin will be the next “Unified Government” in Israel. This was at the time of the first election. Since then, well, no unified government has surfaced. So, I’m still good to go, if you know what I mean.

I’m still a little gun shy in predicting anything, but, I found this story quite interesting. To me, my gut reaction is that we are close. It sort of brings forward the importance of what the Sanhedrin is focusing on. And the fact that they said that it was, “the final warning”.

So, IMO, if war breaks out soon, it would appear to empower the Sanhedrin.

3 comments on “Sanhedrin in Final Warning to Iran: Choose Path of King Cyrus Or Die Like Haman”