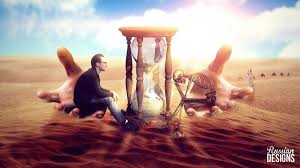 Well, Well, Well, I suppose that this virus outbreak in China is getting everyone’s attention. The Devil is really smart. I think what we are seeing is a clever way to pre – suggest that we are in a GLOBAL Situation. Our minds are beginning to think about the combination of three things. GLOBAL…DIRE SITUATION…. AND A NEED FOR A REMEDY!

THE NEED FOR A GLOBAL SAVIOUR IS BEING INTRODUCED TO OUR PSYCHE.

Just last week, if you were watching, it appears that “GOG” was more defined to us. Remember; the entire Russian Government resigned over Putin’s (GOG) cementing of his power.

We are all looking forward to the Pope’s new camp meeting in April with all of the other religions singing kumbaya.

I think our brother in Jesus Chad Thomas has made it quite clear that Emmanuel Macron is the AC. For those who have not seen his latest update, here it is.

So, we have the Pope AKA The False Prophet, Emmanuel Macron AKA the Anti Christ and the unveiling of the Peace Agreement in Washington in the next few days with the leaders of Israel. Not sure if Macron will be there. Would be very interesting if he is there.

( I sure hope that Netanyahu is flying into Washington in a fighter jet. He’ll be a sitting duck in a slow 747. )

And we have most if not all of the participants in “ground zero” in Syria who are chomping on the bit to destroy Israel. If they are not mad now, wait until they hear what’s in Trumps Plan.

So, for anyone who is not a Christian and is seriously thinking about becoming one, better start making a move. There isn’t much time left. YOU WON’T REGRET JOINING JESUS AND BEING ON THE WINNING SIDE.

2 comments on “This week in Washington?”