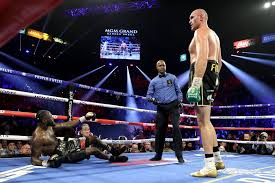 You know, just between you and me, This Gift that God has given me must be extraordinary. Let me explain why.

The Gift of Discernment is for Spiritual discoveries. It is primarily to equip and help the Church. BUT, sometimes the Gift bleeds over to other areas of life.

It’s rare but it does happen. For instance. I watched the Heavy Weight Boxing match the other day. To make a long story short; I watched one of the most “fixed” phony fights that I have ever seen. I felt like screaming out, “it’s fixed” The Champion who lost the fight to one of the worst fighters I have ever seen, probably averaged 2 strong punches per round. TWO,

My Mother could have beaten him if he only threw 2, two strong punches per round.

What’s my point? Even though nothing in the world was more obvious to me remains un obvious to everyone else. For some reason, no one else can see what I see. And no one will even entertain my point, even though almost every comment the sports announcers are making back up my point of view. They just can’t see that it was fixed. Why can’t they see it?