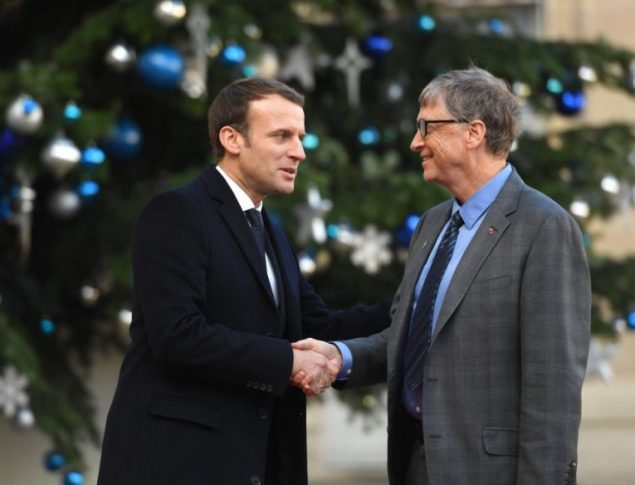 (A ton of talk these days about Bill Gates)

Bill Gates arrives for a meeting with French President Emmanuel Macron as he receives the One Planet Summit’s international leaders at Elysee Palace on December 12, 2017 in Paris, France. Macron is hosting the One Planet climate summit, which gathers world leaders, philantropists and other committed private individuals to discuss climate change. (Photo by Aurelien Meunier/Getty Images)

NOW LOOK AT THIS ARTICLE…

One Planet Summit: Leaders take action for human and planetary health, but step change still urgently needed. ( I think that should say, steep change is needed)

It’s the same Summit, the same people and the same leader. MACRON>>>

Forget about Covid. It’s always been and will always be “CLIMATE”

And it’s all EMMANUEL MACRON…

Organized by France, in cooperation with the United Nations and the World Bank,
the ‘One Planet Summit’ for biodiversity on 11 January 2021 aims to advance the protection of nature

Oh and let’s not leave anyone out…

“Biden and Pope Francis Could Make a Climate Change Miracle”