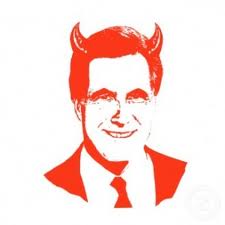 As I have said in the past; I have a gift for discernment. And when John McCain past away, IMO Mitt Romney took over as the Demon Possessed senator in the Congress.

I trust him about as far as I can throw him. He hates Trump!

Let’s watch as he back stabs Trump in the upcoming Supreme Court pick.

Mitt Romney is not to be trusted.