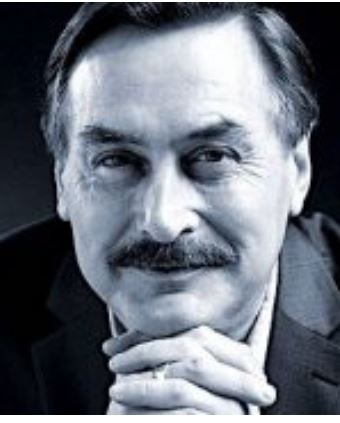 I just wanted to say something about this man.

And again, I make no apologies for what I say. I strongly believe that God has given me the Gift of Discernment. In the last 40 years I have been wrong one time in what I believe the Lord has said to me about stuff. And most of you know about the time I was wrong. I even shut down this website saying that I was wrong and should never be trusted again.

I believe that for some unknown reason, I was wrong about what I thought I heard.

Putting that all behind me, I want to say something about Mike Lindell. I don’t trust this guy.

I heard his testimony and it didn’t impress me. He said something about going into a building and coming out of that building a Christian. Nothing more nothing less. If you have a more up to date version of his testimony; please show me.

And number two, I think he is a great sales person. But not an honest one. I watched a show where he was being grilled on a pricing trick involving his pillow. And IMO he came off very poorly. I didn’t believe a word he said.

And most of all, I got that nudge from the Lord to put him on my, ” keep an eye on this so called Christian” radar screen. And that’s one place that I have never been wrong. So, as a self proclaimed spiritual security guard for the Church, keep an eye on him and don’t send him any money. ( I know, I sound like your mother)

One more thing… Listen to his testimony yourself and tell me when he became a Christian. He never mentions it. But, he is selling his book and I’m sure he will be selling his website.