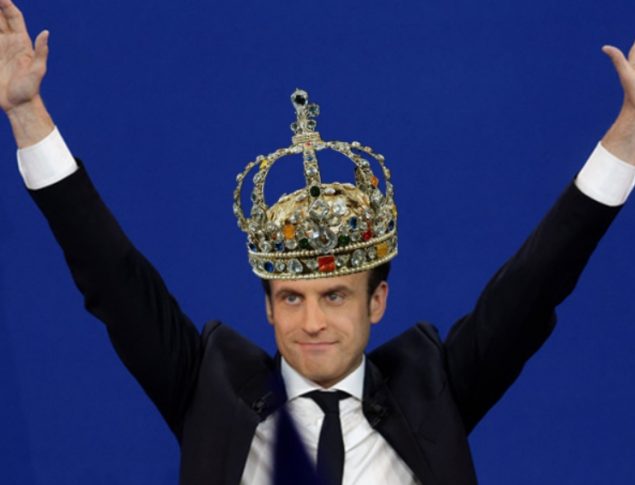 Unloved at home, Emmanuel Macron wants to get ‘intimate’ with the world.

PARIS — When French President Emmanuel Macron’s party lost its absolute majority in parliament six months ago, many wondered what the setback would mean for an ambitious, here-to-disrupt-the-status-quo leader whose first term was defined by a top-down style of management.

It turns out Macron 2.0 is a man about globe, pitching “strategic intimacy” to world leaders, as he leaves domestic politics to his chief lieutenant and concentrates on his preferred sphere: international diplomacy.

The Frenchman’s past “intimate” moves have been well-documented: affectionate hugging with Angela Merkel, knuckle-crunching handshakes with Donald Trump, and serial bromancing with the likes of Justin Trudeau and Rishi Sunak. Now in his second term, the French president appears to be making a move on — quite literally — the world.

REMEMBER WHEN I SAID THAT MACRON WILL BE BORED WITH BEING ONLY THE PRES. OF FRANCE?

MEN LIKE HIM ARE NOT SATISFIED WITH MINOR POWER. JUST ASK ADOLPH.

THIS IS A MAJOR STORY AND EVEN MORE INTERESTING CONSIDERING WHAT WE JUST HEARD ABOUT A LEADER COMING OUT FROM BEHIND THE CURTAIN AND MAKING WORLD PEACE WITH THE ABRAHAM ACCORDS?